Employees at Bald Mountain are seeing first-hand the benefits of using drones onsite.

The drones were originally brought onsite to perform aerial surveys of active mining areas in order to reduce the risk associated with manually surveying these areas. Since then, other departments have found successful ways of implementing this technology.

In early August, Bald Mountain began using drones in their heap leach operations. The drones are also being used to streamline the mine planning process and conduct environmental monitoring with weekly fly overs of active areas.

Bald Mountain currently has three certified drone pilots, and expects to have three more certified by end of year.

The team put their training to the test last month when they launched a drone flight near the Top 2 open pit. Using pre-programmed parameters, the drone automatically follows a flight pattern while capturing images.

The drone is capable of flying roughly 150 acres in 30min. Using photogrammetry, the data is then processed and exported in myriad formats. The most versatile exported report comes in the form of an XYZ point cloud that can be used to generate a contour map for a given area. More frequent contour updates help the mine planning group create more accurate mining sequences and better track plan variance.

In addition to making the workplace safer for the surveyors, the drone also saves them time. Tasks like creating new contours, which used to take multiple days, can now be completed in less than one.

“The industry in general has barely scratched the surface of what drones are capable of. Our primary purpose is to mitigate the risk of injury by using drones in areas that can be hazardous to employees. These drones run the gamut across all aspects of our mine – it’s fun to see where we can save time and money,” said Thomas Fedel, Chief Mining Engineer, Bald Mountain.

Future uses of the drone include in-depth environmental flights to track stock piles, and disturbance acreage. This data is recorded annually, however, drones could enable employees to gather information more frequently to keep records up to date. 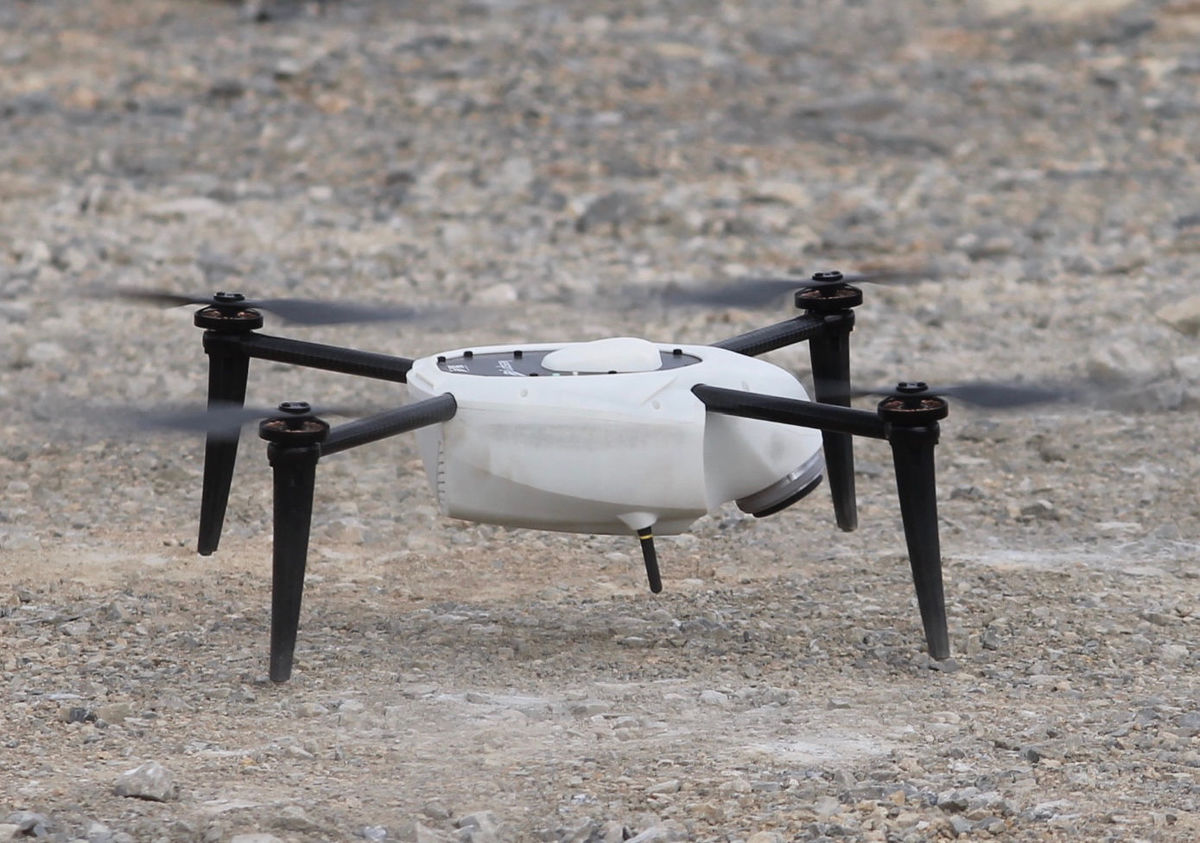 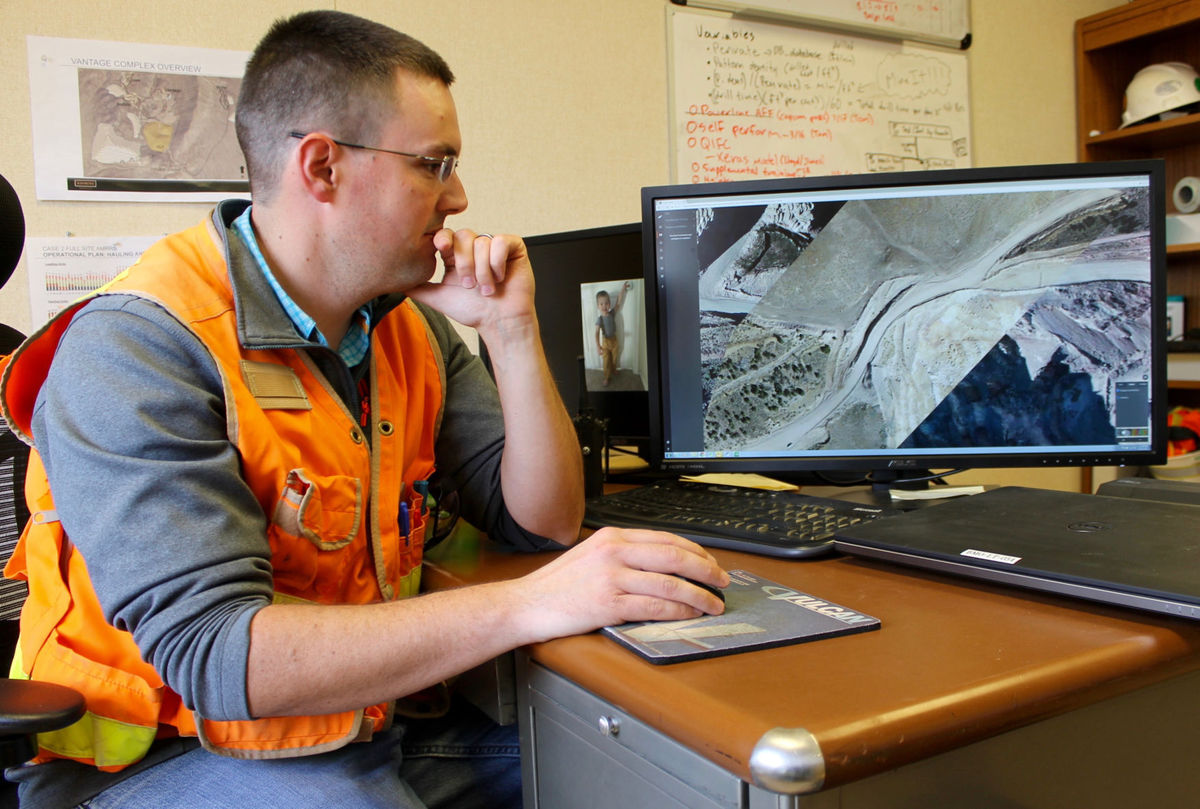 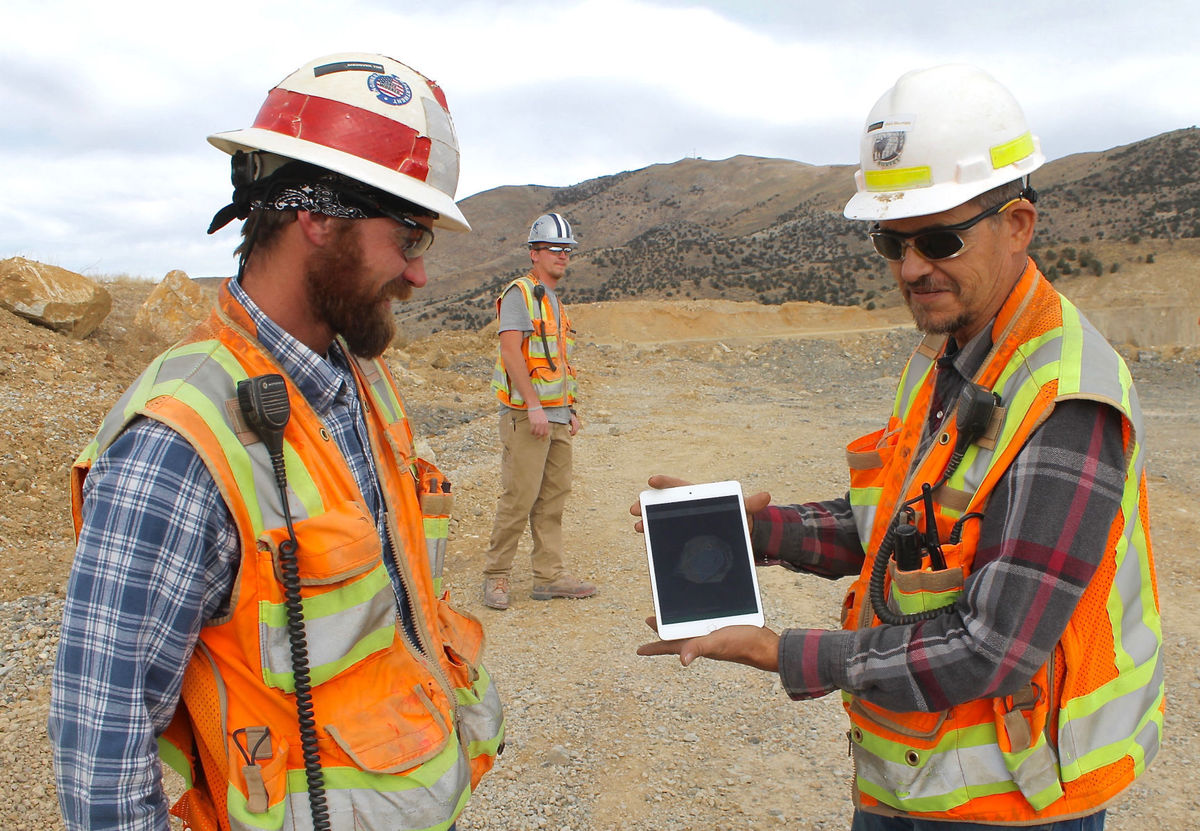 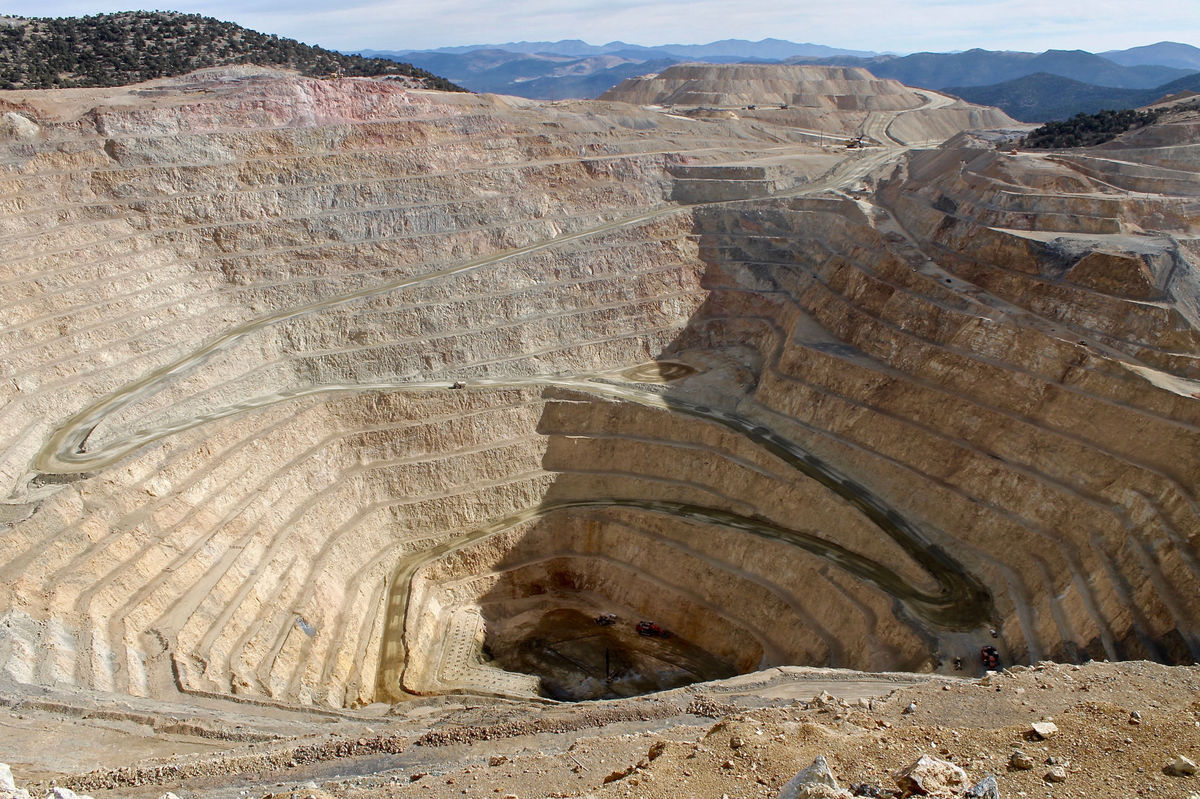 A photo of the Top 2 open pit at Bald Mountain