Last week, Kinross Bald Mountain and the Nevada Department of Conservation and Natural Resources (DCNR) announced an agreement that will conserve 10,000 acres of sage-grouse habitat, an important native bird species in Nevada.

As part of the agreement, Kinross Bald Mountain became the first company to take part in the Nevada sage-grouse Conservation Credit System (CCS) program to offset and mitigate potential impacts to sage-grouse habitat.

The innovative CCS program was created by the State of Nevada to preserve and enhance sage-grouse habitat by trading conservation credits to offset potential environmental impacts of land use.

Kinross will generate conservation credits after agreeing to conserve 10,000 acres in the  Tumbling JR ranch, which is located adjacent to Bald Mountain property. Bald Mountain is committed to limiting new disturbance and infrastructure on the property, maintaining fencing, and implementing grazing management practices to preserve and conserve sage-grouse habitat over the next 30 years.

“We are proud to be the first company to be part of this transaction to protect the habitat of this important species in Nevada.” said Randy Burggraff, Vice-President and General Manager, Bald Mountain. “In the spirit of responsible mining we have committed to a variety of voluntary environmental protection and mitigation measures so there is a net conservation gain to the sage-grouse.”

“This partnership is an excellent example of stewardship by federal, state and private sector stakeholders to conserve our habitat. The BLM is proud to be a part of this first-ever transaction under the Nevada CCS,” said Marci Todd, acting Nevada State Director of the federal Bureau of Land Management.

“The long term preservation and maintenance of these mesic habitat types is of significant importance to sage-grouse and other wildlife in the area,” said Kelly McGowan, Program Manager for the Sagebrush Ecosystem Program. “I want to thank Kinross for being such a willing participant in the first Nevada CCS transaction.”

To commemorate this partnership, Kinross and the DCNR hosted an event at the Nevada State Legislative Building where the official signing ceremony took place. 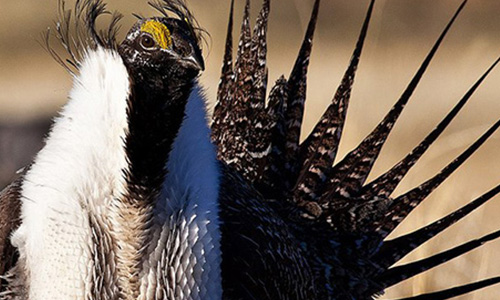 A photo of a sage-grouse in Nevada 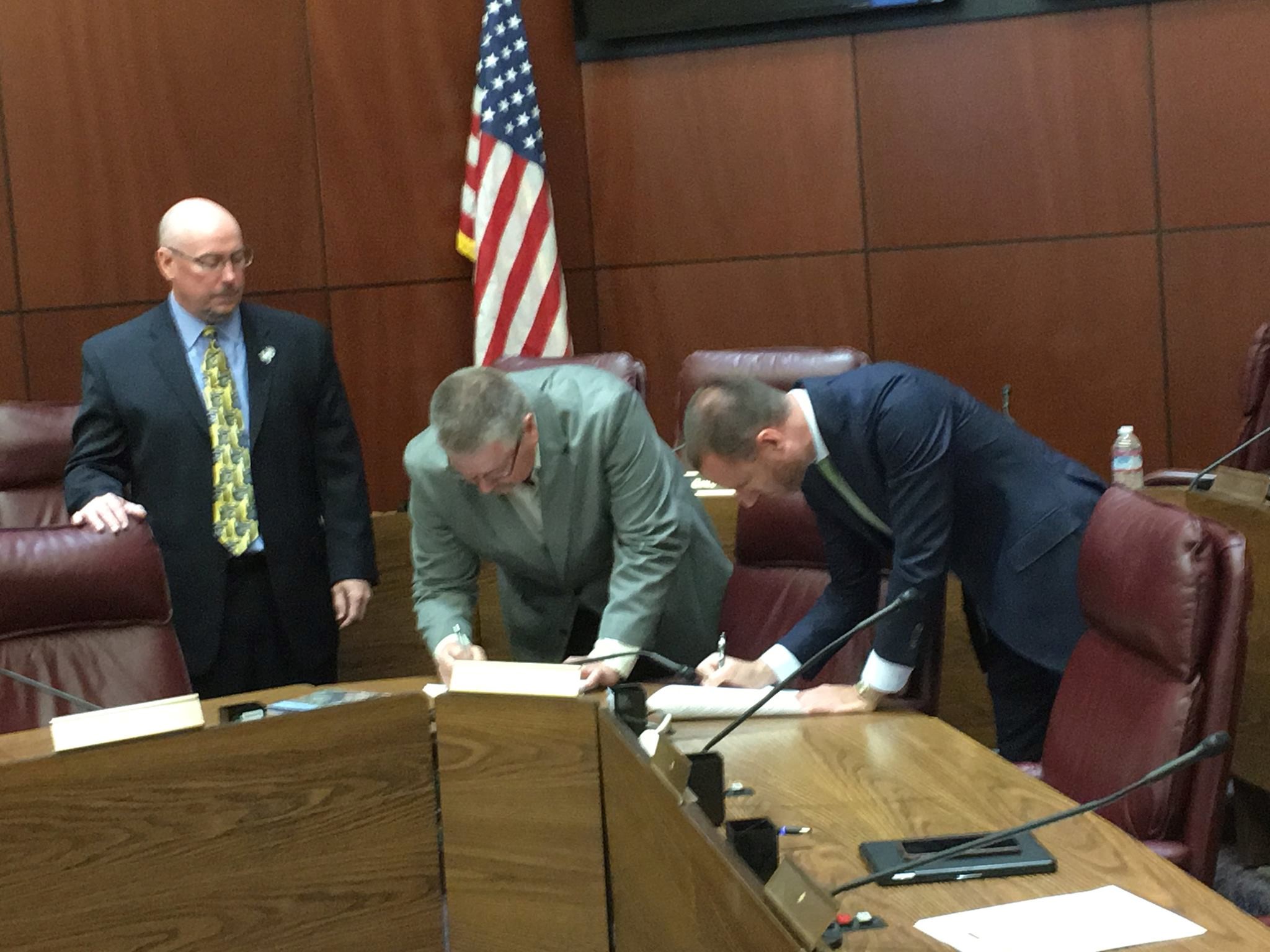