The council is an opportunity for some of the largest investors in the country to have open dialogue with the Russian government to discuss issues facing their businesses and future economic opportunities.

Among the attendees were 35 CEO’s of global companies including PepsiCo, Procter & Gamble, Total S.A., Cargill and Unilever.

This year FIAC was hosted at the official residence of the Russian Prime Minister and was attended by other members of the Russian cabinet and heads of key government agencies.

Paul also met with the Minister of Natural Resources of Russia, the President and CEO of the American Chamber of Commerce (AmCham Russia) and the Governor of Chukotka.

“Operating in Russia for the past 20 years has been a privilege. We are constantly impressed by our Russian operations consistent performance and commitment to achieving excellence,” said J. Paul Rollinson. “FIAC is a great opportunity to continue our momentum in building a strong business relationship with Russia.”

Kinross joined FIAC in 2010 and has since been actively involved in contributing to the council, especially in regards to the natural resources sector and the development of Russia’s Far East. 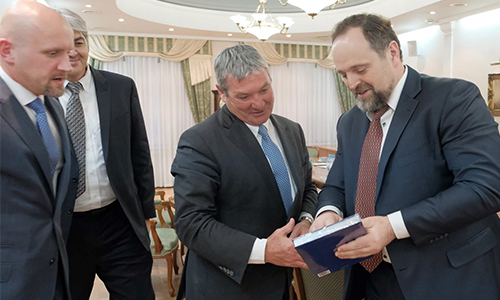 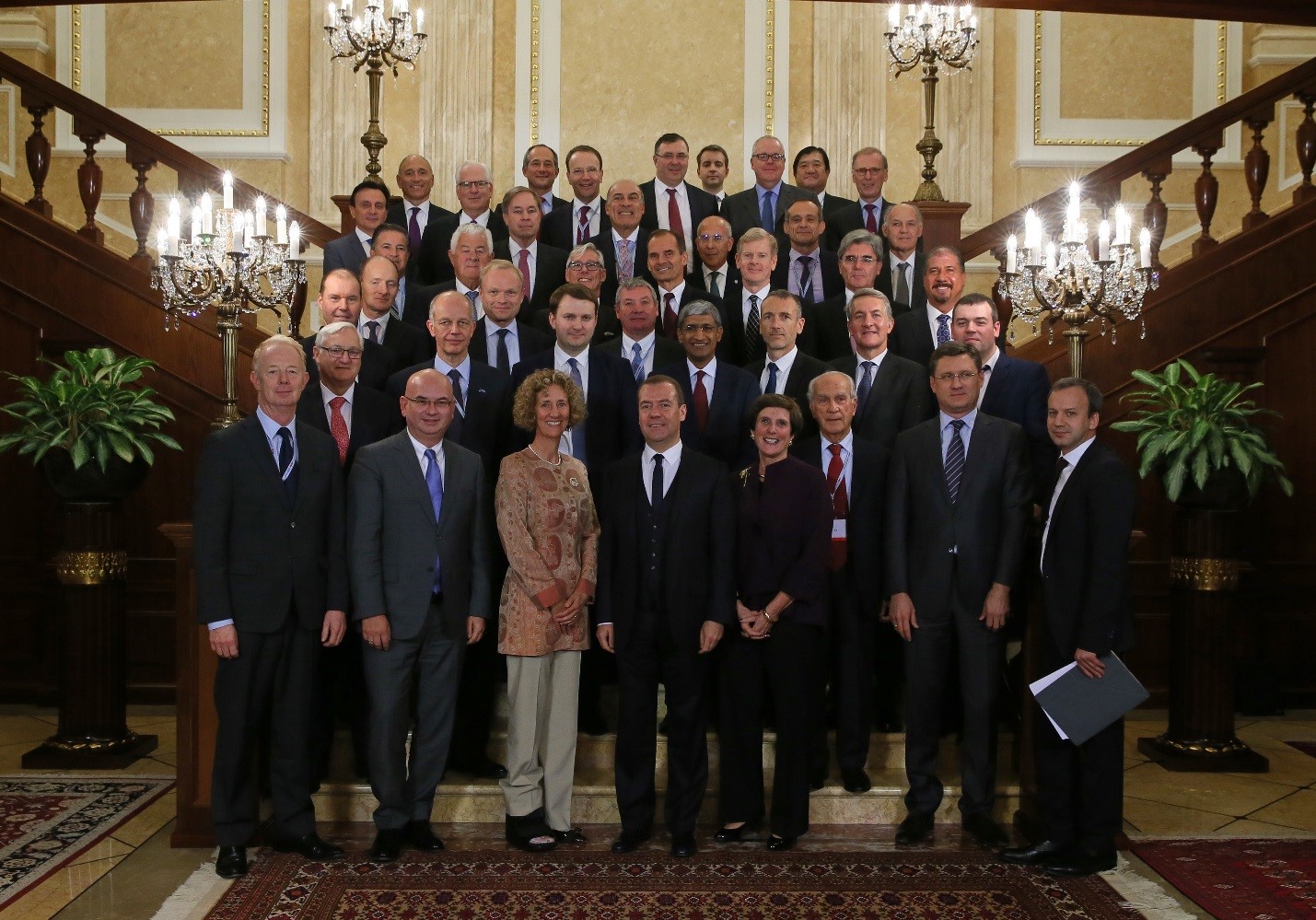 Members of FIAC at the Prime Minister’s residence. J. Paul Rollinson, in the third row, center, with a blue tie