Luke Mowery, Mine Training Supervisor, Fort Knox, was recently awarded the Employee Support of the Guard and Reserve Patriot award (ESGR) from the U.S. Department of Defense, a civilian award recognizing his support of a fellow employee and U.S. Army Reserve.

Will Parmentier, Operator and Truck Driver, Fort Knox, who serves in the U.S. Army Reserves as a Sergeant First Class, nominated his boss, Luke, for the endless support and understanding of his responsibilities and commitment to the military.

In addition to being a Fort Knox employee, Will participates in monthly military drills at the Joint Base Elmendorf-Richardson (JBER), a well-known military based in Anchorage, Alaska.

In his nomination, Will supported Luke by saying:

“My employer has never questioned my military obligations. For any annual training/drill schedule or military school that I need to attend to honour my military commitment, he has done nothing more than be extremely supportive and flexible. He also has family who are Citizen Soldiers so he is very understanding when a drill weekend or annual training is rescheduled last minute. I believe Luke Mowery should be recognized for this award for being as understanding and supportive as he has been.”

The ESGR is a United States Department of Defense program promoting cooperation and understanding between National Guard and Reserve Members and their civilian employers.

This award demonstrates our commitment to hiring and supporting military veterans; we are proud to see our efforts have been recognized at Fort Knox! 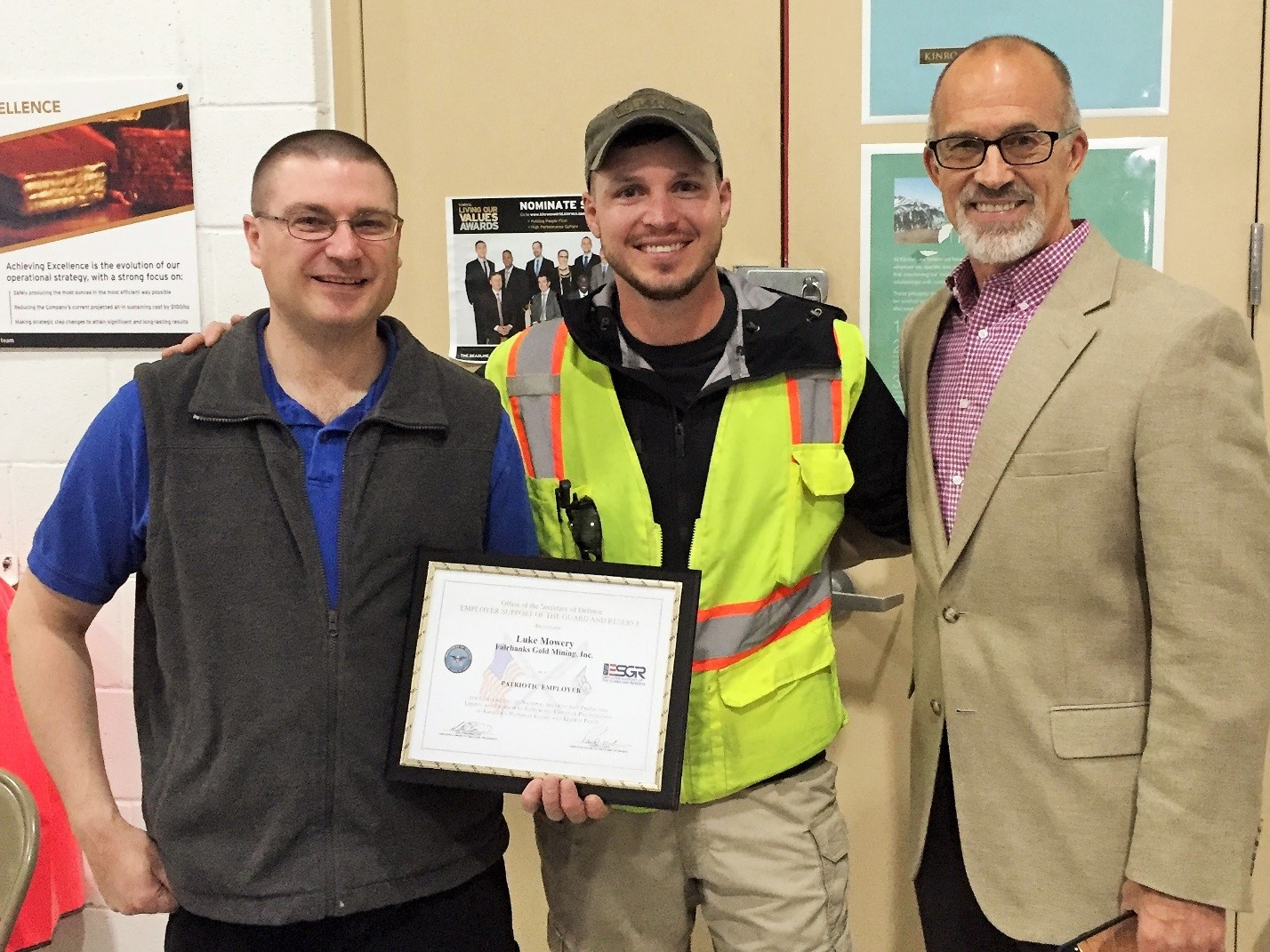 Luke Mowery, Mine Training Supervisor, (left) receives his award from Steve Lundgren, US Northern Regional Chair of the Employer Support of the Guard and Reserve (right) with Will Parmentier, Operator and Truck Driver (middle)