This was part of the ‘Fort Knox Military Appreciation Weekend,’ which also included numerous events and prizes honouring military personnel, and special performances during the intermissions.

“The military is a huge part of the Fairbanks community and we want to show them how much we appreciate them,” said Eric Hill, Vice-President and General Manager, Fort Knox. “We are happy to support this weekend and look forward to honouring those serving for our country.”

To kick off each game, a ceremonial puck drop took place with team captains, a military service member, and a Fort Knox employee.

“What a successful weekend,” said Rob Proffitt, General Manager, Fairbanks Ice Dogs. “The whole mantra was about saying thank you to those who have served and are serving for our country. We want them to know we recognize and appreciate their contributions.”

The Fort Wainwright Army post is located adjacent to Fairbanks, making the city home to numerous veterans and active military personnel who are a big part of the community and big fans of Ice Dogs hockey! 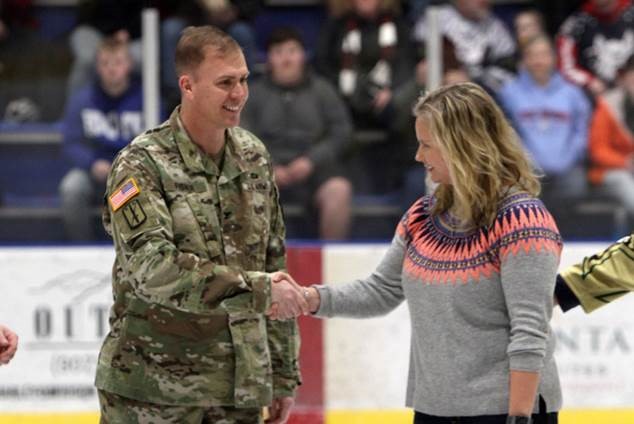 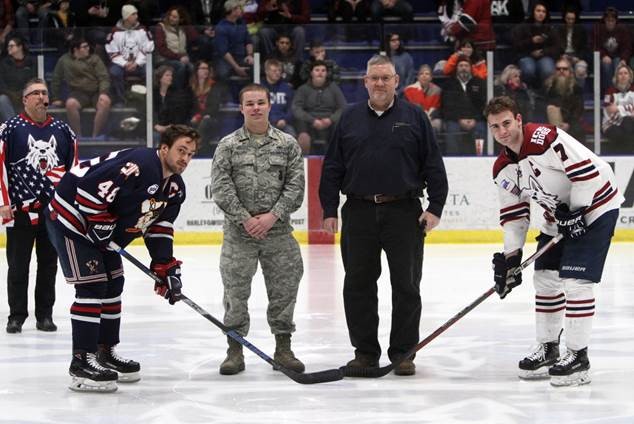 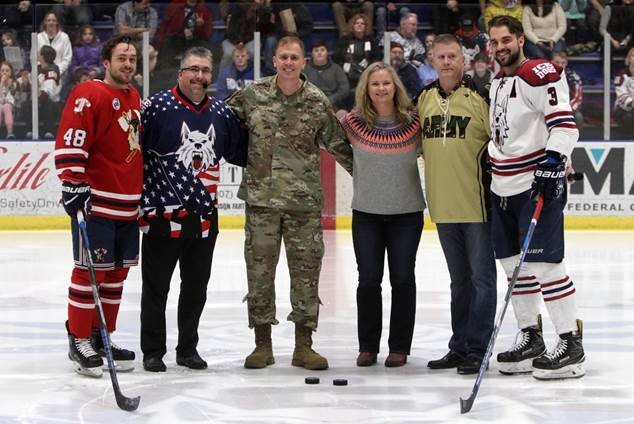