FIAC brings together executives from across the world with operations in Russia to discuss opportunities to enhance the investment climate in the country by tapping into their expertise and experience.

Paul presented a case study that focuses on potential socio-economic benefits of increasing the strategic “threshold” for gold deposits in Russia. The idea for this particular case study was first voiced by the Russia Ministry of Natural Resources and Environment at last year’s FIAC meetings.

As one of the major investors in Russia’s Far East economy, Kinross has continuously shared its expertise and provided recommendations to the Russian Government and the country’s professional community. Since 2011, we have presented a series of studies and recommendations to further improve the investment climate in the country’s mining industry, some of which have been adopted by the government.

“We have a shared interest to realize Russia’s high potential to become a leading global mining country and first-rate jurisdiction,” said Paul. “It is our hope that this study will provide useful input for discussions on additional stimulus needed to attract investments in geological exploration and gold mining in Russia.”

The FIAC meetings were chaired by Prime Minister Dmitry Medvedev at his personal residence in Moscow and was attended by 31 global executives, including executives from Total, Mars, Nestle and others, from 15 countries and representing a combined $160 billion in investment in Russia. Kinross is the only Canadian company on the Council, and also represents the only operating mining company. 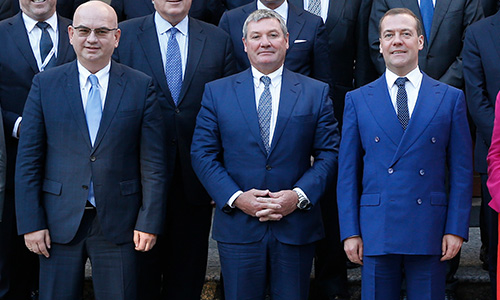 Kinross named one of Greater Toronto’s Top Employers for 2022!