Congratulations Ognjen (Ogi) Kelec, Analyst Intern, Operations Excellence, Toronto, who recently received the ‘PEY Co-op Student of the Year Award’ from the University of Toronto (U of T) among over 1,000 candidates in the program!

The Professional Experience Year (PEY) at the University of Toronto is a 16-month program that provides students in the Faculty of Engineering with the opportunity to gain experience in their industry through a work term.

Over his 16-month term at Kinross, Ogi gained exposure to numerous areas including a three-month term at Paracatu, strategic analysis projects in Toronto and a more technical project intended to identify what has & hasn’t been mined at Kupol, helping the team identify $20M of value from left-over zones at Kupol.

Mark Hannay, Manager, Business Optimization, Toronto, and Ogi’s supervisor nominated him for the award after recognizing his adaptability and aptitude to make meaningful contributions to his team and the Company.

“Working in numerous environments, Ogi demonstrated a humble demeanor and sense of humor that made him a pleasure to work with,” said Mark. “He was flagged as a high-potential employee and this award is an excellent way to acknowledge his accomplishments.”

An awards ceremony was held at The University of Toronto’s ‘Hart House’ in late February where Mark presented Ogi with his award.

Kinross has worked with the PEY program since 2015, with all four students receiving full time positions at the Company in either corporate or field positions upon graduation. Ogi will be returning to Kinross as a full-time employee after his graduation in May 2019. 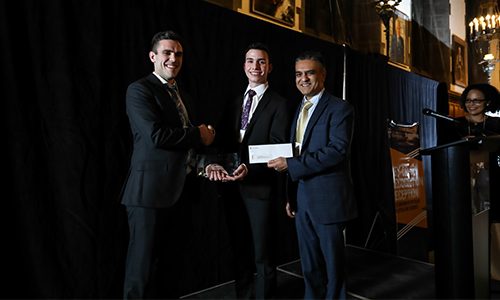 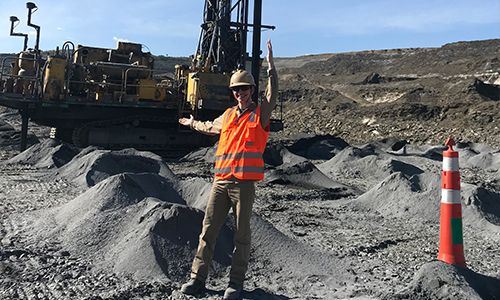