For the first time, the Kinross Nuggets headed to Magadan to face off against the ‘Stroitel’, a top ice hockey team in Magadan.

Yury Grishan, Mayor of Magadan, also participated in the game and opened with some remarks on Kinross’ contributions to the community.

“Kinross has been a part of our community for several years and always finds ways to implement social projects in our city. With the help of Kinross, Magadan has been able to maintain athletic and educational facilities for our youth. We are deeply grateful for Kinross’ engagement and commitment to developing life in Magadan,” he said.

The competition was fierce right from the puck drop. In the end, the Kinross Nuggets pulled ahead to defeat the Stroitel 4-3!

“What a great game we had today! It is always special to get together with our community members for an afternoon of sports. A big thank you to Stroitel and the city administration for the opportunity to meet and play here in Magadan,” said Ed Opitz, Vice-President, Safety and Sustainability, and captain of the Kinross Nuggets.

The Kinross Nuggets team is made up of employees from Kupol, Dvoinoye and even some Toronto players. 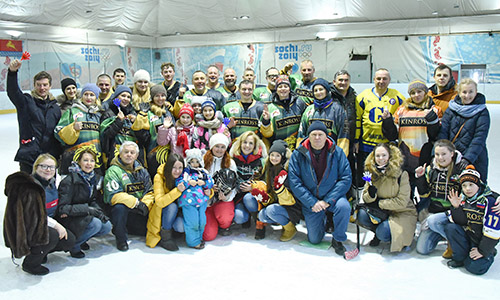 The Kinross Nuggets and their families with Yury Grishan, Mayor of Magadan (far right in the yellow jersey) 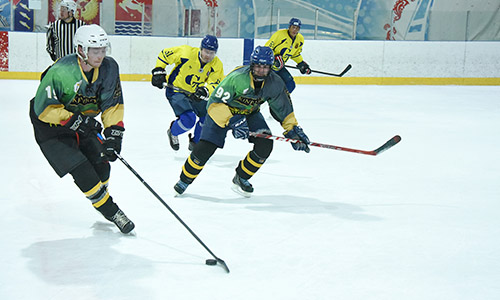 Kinross Nuggets looking for a goal