Kinross Moscow employees recently participated in the sixth annual Moscow Marathon that brought together 30,000 participants from over 90 countries.

The 10-km or 42-km route gave runners a tour of Russia’s capital, seeing over 30 world-famous attractions including the Kremlin, Cathedral of Christ the Savior, Bolshoi Theatre, Moscow City and four of the Seven Sisters skyscrapers.

Team Kinross dedicated their participation to the 10th anniversary of Kinross’ operations in Chukotka as well as the Company’s 25th anniversary. The team wore special t-shirts designed for the event and were cheered on by their colleagues at the finish line!

“Participating in this year’s Moscow Marathon was a pleasure,” said Stanislav Borodyuk, Vice-President, Head, Moscow Representative Office. “Promoting a healthy lifestyle is one of the main features of Kinross’ corporate culture. We hope our participation in this event will become an annual activity that encourages our employees to get out and engage in sports.”

The Moscow Marathon is the largest running event held in Russia and is certified by the International Association of Athletics Federations (IAAF). 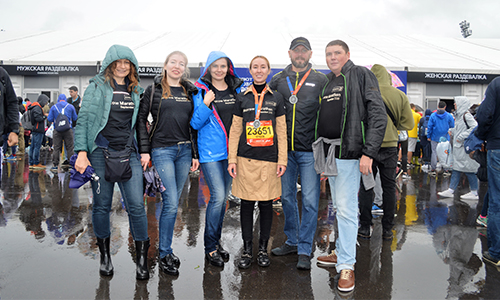 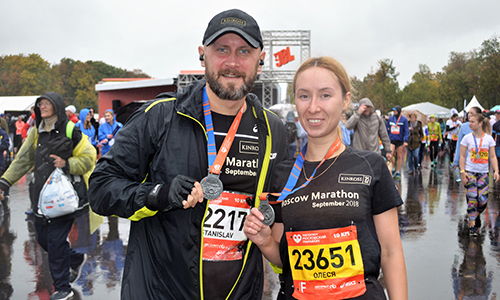 Check out Kinross at the 2022 PDAC Convention!