The centre’s clinic and nurseries will be home to endangered mammals, reptiles and birds that are primary targets of smugglers. Kinross has contributed over US$440,000 to the development of the centre as part of an agreement with local authorities.

The centre’s objective is to recover and return approximately 7,000 animals to the wild annually. It also plans to host environmental awareness courses and events for local community members, and specialized fauna management courses for biologists, veterinary surgeons and educational institutions.

“It is estimated that up to 15% of the world’s fauna smuggling occurs in Brazil. The creation of the wildlife centre in Paracatu will help the animals of Minas Gerais – that are illegally captured by smugglers – reintegrate into their native habitats,” says Dalce Ricas (President, AMDA). “The centre will play a fundamental role in policing and controlling local fauna smuggling, which is one of the most significant causes of extinction of several local species.”

The wildlife centre is currently under construction and is expected to be completed by October 2014. 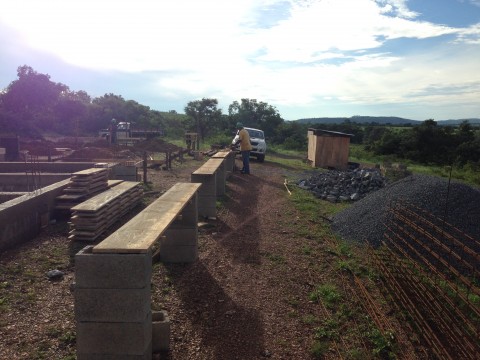 Laying the groundwork for the wildlife rescue and rehabilitation centre.