On June 1, 2018, Kinross celebrated 25 years of being listed on the Toronto Stock Exchange (TSX).

To commemorate the event, employees from across the Company held local events to celebrate this significant milestone.

In Toronto, our Senior Leadership Team and three members of our Board of Directors opened the trading day at the Toronto Stock Exchange, where Kinross was first listed on June 3, 1993. A luncheon was held later in the day with employees and external partners who have made a significant contribution to Kinross’ success.

In honour of Kinross’ culture of giving back, and to help commemorate our anniversary, John Oliver, Chairman, Board of Directors, presented a donation of $25,000 to the Tema Conter Memorial Trust, which is a local charity dedicated to supporting the well-being of first responders and military personnel.

J. Paul Rollinson, President & CEO, attributed the growth and success of the Company to the great team across the world who make Kinross stronger every day. During his remarks, Paul recognized the four longest-standing Toronto office employees, who have all been with the Company for more than 18 years.

A variety of activities have been planned across all regions, and some highlights include:

The Bald Mountain team has made hats to commemorate the event. Round Mountain will tie the 25th anniversary theme into their Fourth of July celebrations.

Russia is planning to recognize the anniversary in alignment with celebrating 10 years of mining operations in Chukotka.

At Chirano, an all-staff meeting was held with remarks from Adriano Sobreira, Vice-President and General Manager, Chirano, about the anniversary. As well, in the site’s inaugural internal newsletter, the section ‘Word of the General Manager’ was dedicated to the milestone.

In Las Palmas, a team building exercise took place, followed by a luncheon with Cuban music.

At Paracatu, a special lunch will be held for employees, and finally at La Coipa, the team plans to hang a flag at their office to commemorate this milestone. 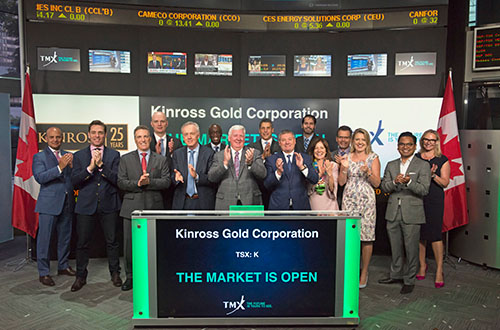 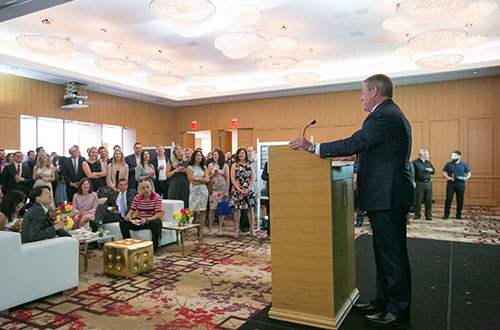 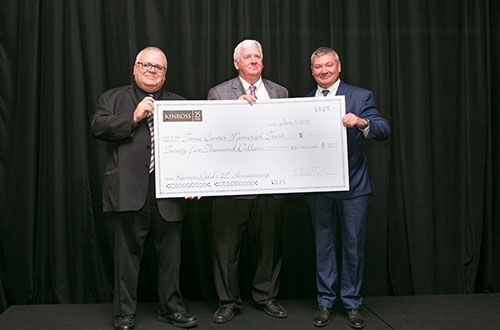 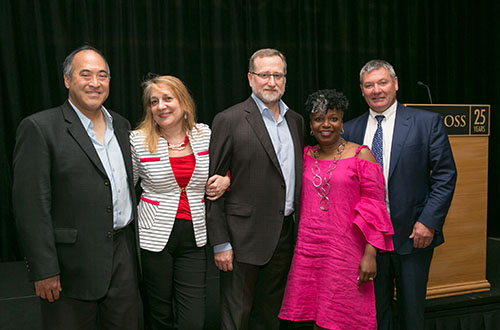 The four longest-standing members of the Toronto office. From left to right: Doug Yokota, Director, Tax Planning, who has been with the company for 18 years; Tanya Ternovsky, Manager, Corporate Services, the longest serving employee in Toronto and has been with the Company since 1995; Ed Opitz, Vice-President, Safety and Sustainability and Karen Campbell, Manger, Office Services, who have both been with Kinross for 19 years, with J. Paul Rollinson, President and CEO 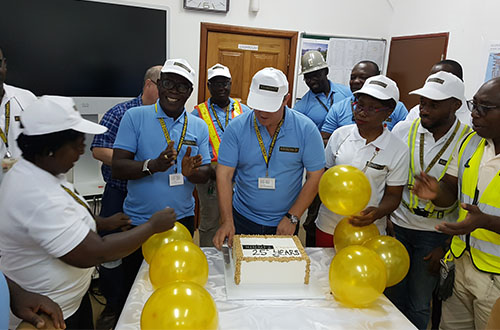 A special ’25 Year’ cake is cut at Chirano by Adriano Sobreira, Vice-President and General Manager, Chirano 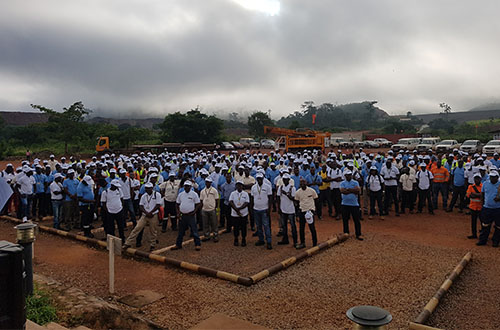 The employee turnout at Chirano during a speech by Adriano 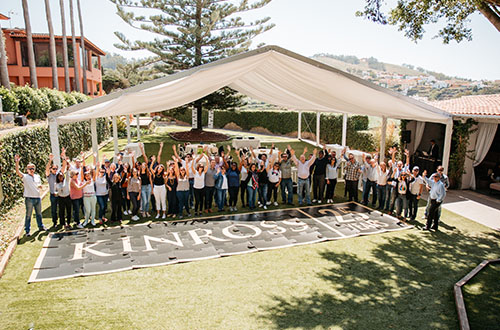 Employees at the Las Palmas office cheer for Kinross’ 25 years 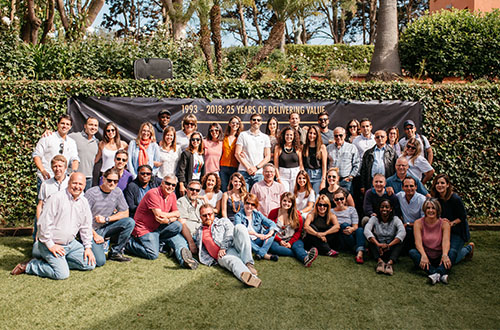 A group shot at Las Palmas

A group shot with their ‘Kinross 25’ hats at Bald Mountain