On August 15th, Kinross celebrated a groundbreaking event to commemorate the initial Gilmore expansion project at our Fort Knox mine in Alaska.

The event, which took place at Fort Knox, was emceed by Eric Hill, Vice-President and General Manager, Fort Knox, and attended by numerous senior government officials, and members of Kinross’ senior leadership team. To commemorate the occasion, speakers also participated in a ceremonial groundbreaking.

Kicking off the event with a safety share was David Zatezalo, Assistant Secretary for the Mine Safety and Health Administration (MSHA), who praised the Fort Knox team for its exemplary safety record and requested a briefing on its top-notch safety program so that MSHA could share best practices from Fort Knox with other mines in the U.S. “My challenge to Fort Knox people is, let’s take what you are doing and spread it out,” Assistant Secretary Zatezalo said.

The groundbreaking event also featured distinguished speakers such as Alaska Governor Bill Walker, Congressman Don Young, and senior representatives from the Department of the Interior and the Alaska Department of Natural Resources.

“Plain and simple, this is a great day for Fairbanks,” said Alaska Gov. Bill Walker. “Because of this new investment by Kinross Gold, Interior Alaska will enjoy another decade of high-paying jobs at the mine and an influx of revenue that support schools, roads, and public safety.”

J. Paul Rollinson, President & CEO, and Lauren Roberts, Chief Operating Officer, provided closing remarks on Kinross’ success in Alaska and being a member of the Fort Knox community for years to come.

“Kinross has operations all over the world, and among these operations, Fort Knox continues to be one of the largest and most consistent performers in our portfolio,” said J. Paul Rollinson, President & CEO. “This announcement represents the initial Gilmore expansion project and will be an important part of our Company’s future. As always, we will be responsible miners as we continue to advance Gilmore, continue exploring, and continue operating Fort Knox.”

“Thank you to all who made this possible. The teamwork and dedication, along with cooperation from friends and partners at state and federal levels has made Gilmore a reality,” said Lauren Roberts, Chief Operating Officer. “Through this expansion we will continue to fulfill our commitments to the State of Alaska, local communities, the environment and continue to be the responsible miners we have always been.”

The initial Gilmore expansion project was announced in early June and is expected to extend mine life to 2030, adding approximately 1.5 million gold equivalent ounces to life-of-mine production. 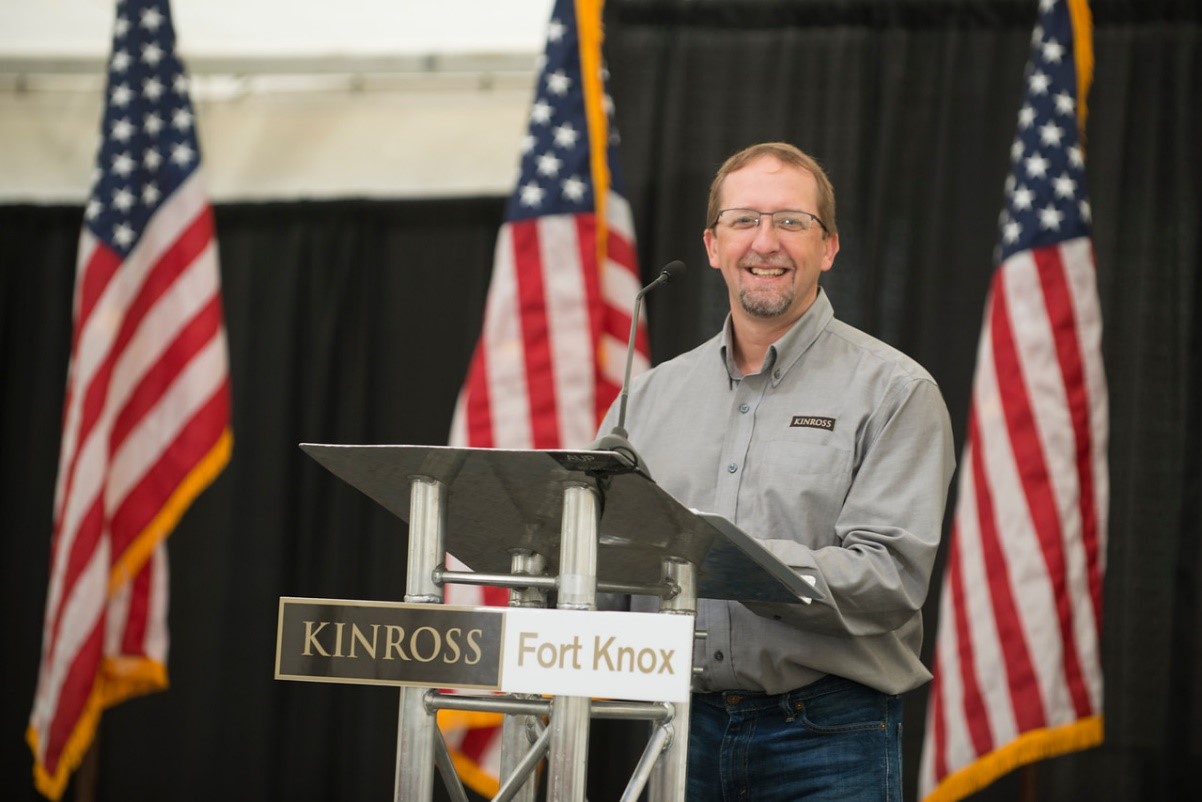 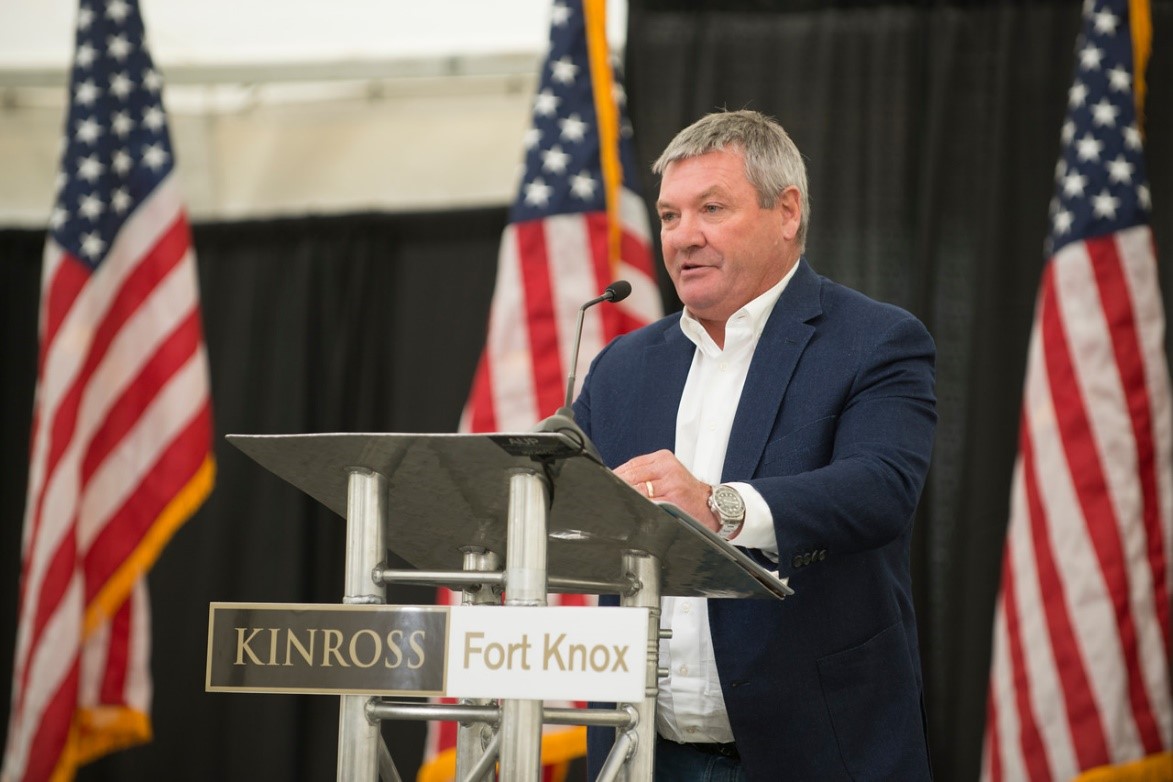 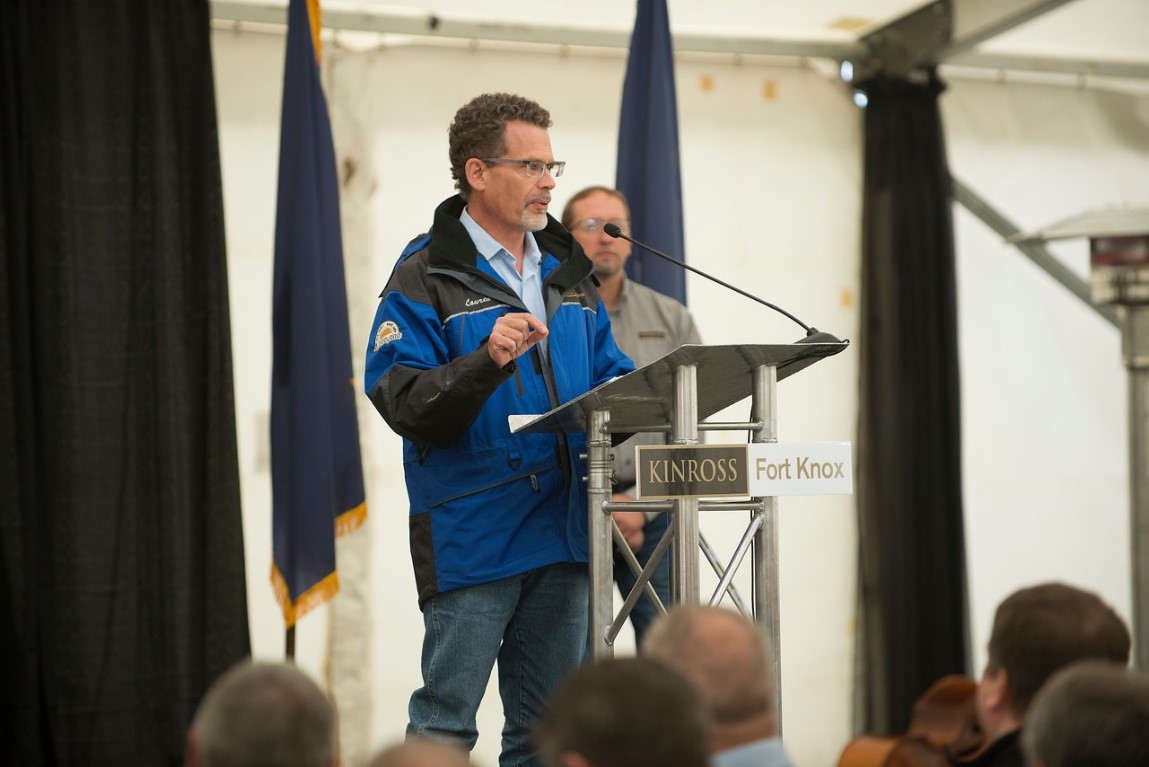 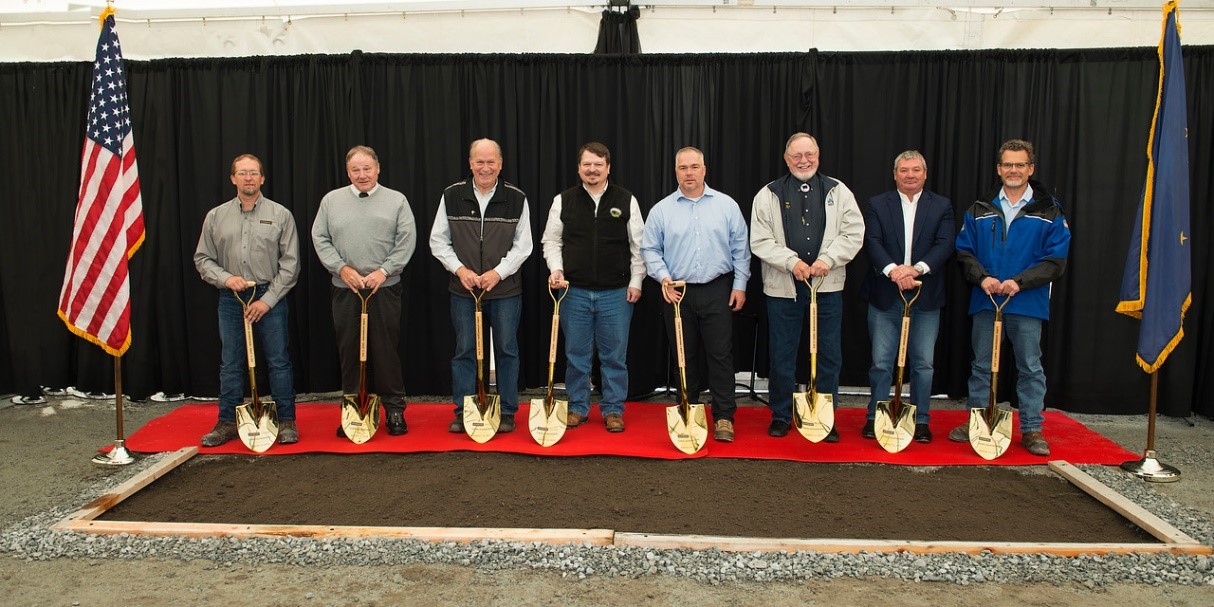 Speakers come together for a group photo before the groundbreaking. From left to right: 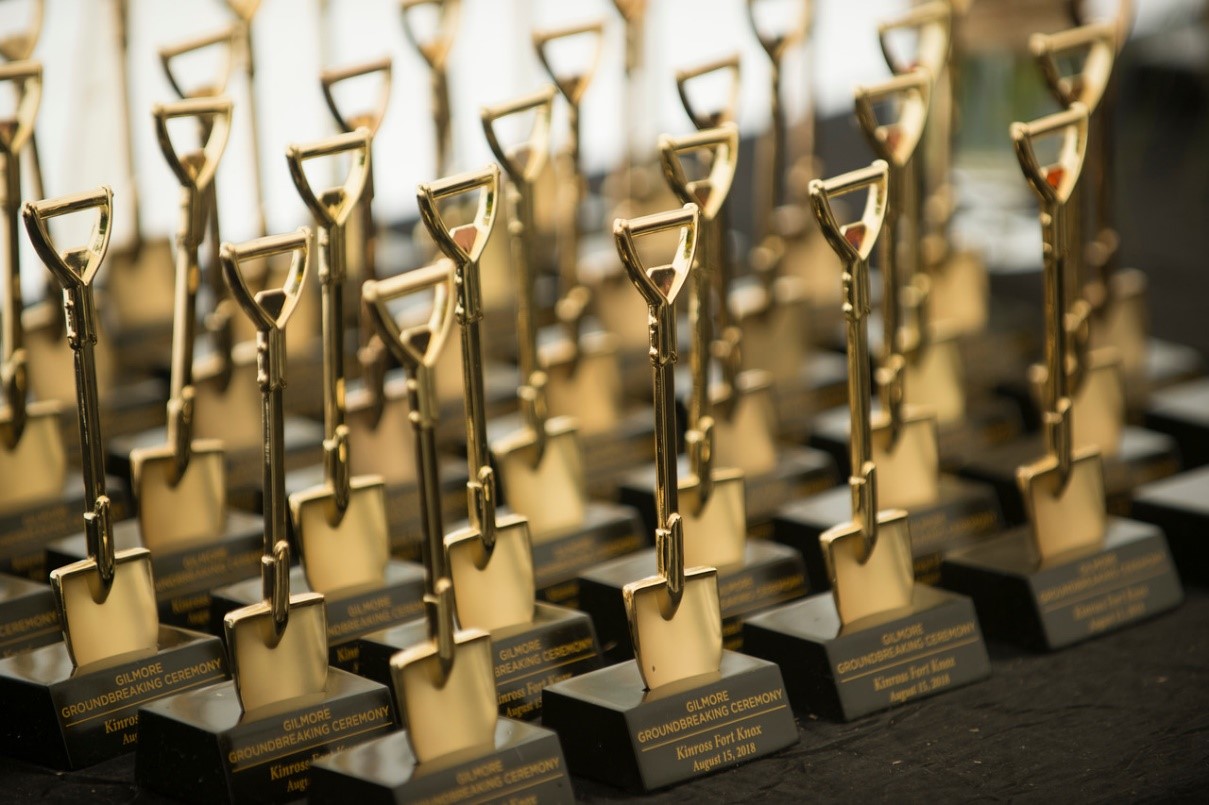 Commemorative shovels distributed to guests for the Gilmore groundbreaking event