The conference was attended by over 250 participants, including government officials from Chukotka, Magadan and the Sakha Republic (Yakutia) regions, along with large mining companies, and focused on finding improvements for investing in Russia’s Far East.

Round table discussions with government officials included finding incentives for exploration to increase international investment throughout the region.

Claude Schimper, Regional Vice-President, Russia, spoke at the conference on Kinross’ success in Russia. “Kinross is the perfect example of the wide range of opportunities that exist throughout the North East. Our long-term success in the region demonstrates the endless opportunities in this resource-rich environment and the potential to succeed in this country,” said Claude.

Kinross received an award at the end of the day in support of their sponsorship of the conference. 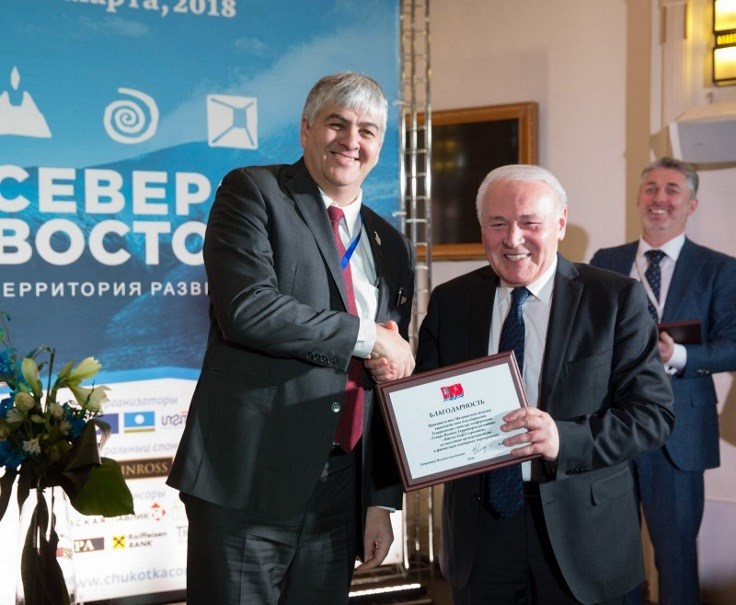 Round table discussions during the ‘North-East: The Territory of Development 2018’. Claude Schimper, Regional Vice-President, Russia, seated in the middle 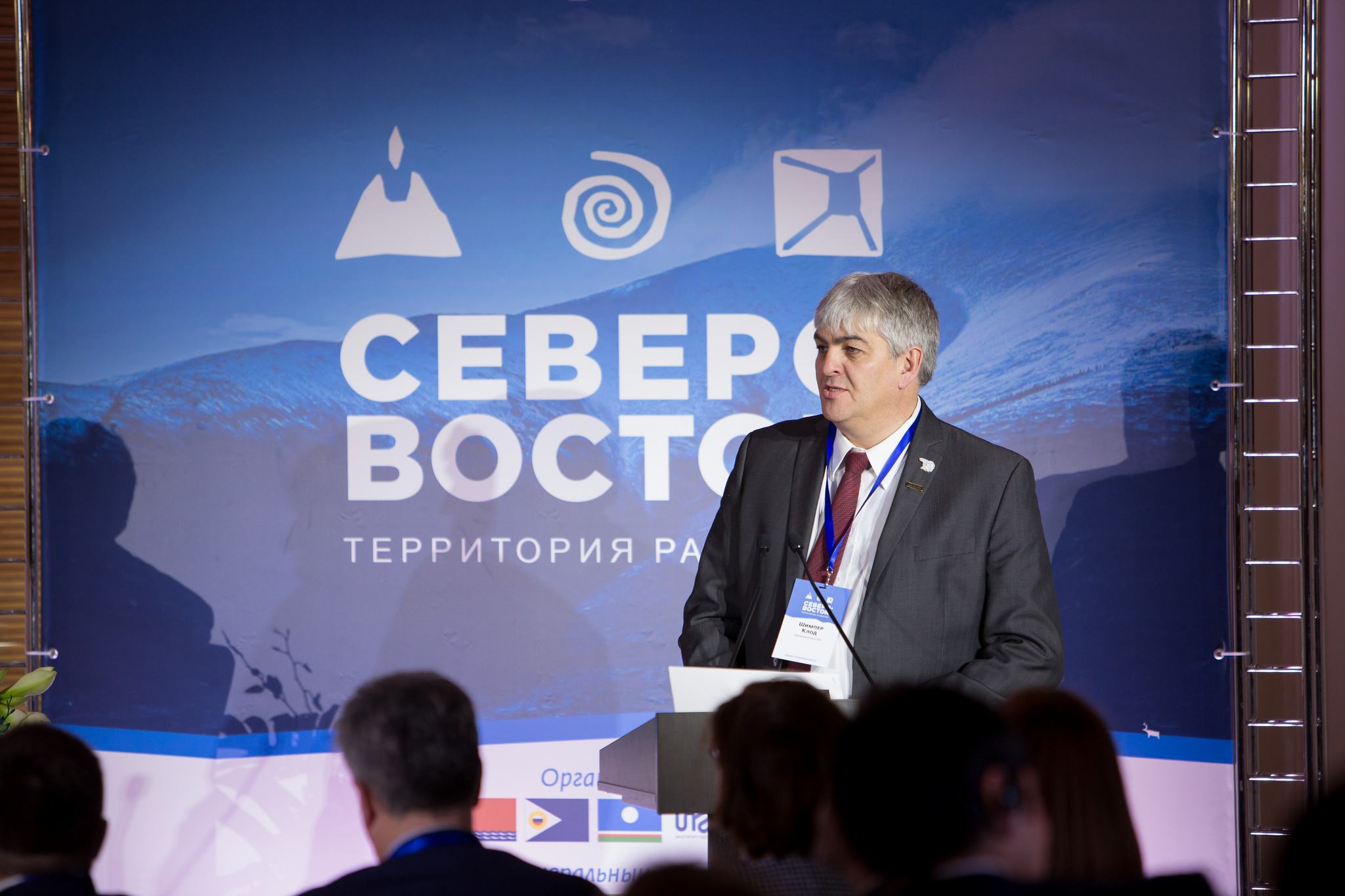