On Wednesday, November 8, 2017, Round Mountain held a groundbreaking ceremony for the long anticipated Phase W expansion.

Accompanied by Shoshone Tribal Monitors and the Round Mountain Management Team, Dave Hendriks, Vice-President and General Manager, broke the first ground on the new “infrastructure area” west of the current pit boundary.

Phase W has been in the works at Round Mountain for nearly 10 years. Countless hours have gone into this project, from the detailed permitting efforts, to the hard work of the project’s department, to employees site-wide working each and every day to drive down costs in order to make Phase W feasible. The successful launch of Phase W can be attributed entirely to the hard working people at the mine and around Kinross who have worked tirelessly and passionately to see Phase W come to fruition.

As Round Mountain is located on traditional Shoshone Native American land, members of the Yomba and Duckwater Shoshone Tribes were invited to monitor the initial grubbing and clearing of the area and to collect any artifacts that may have been uncovered.

“We have a longstanding agreement with the local Tribes that they will be given the opportunity to monitor our activities when we begin work on previously undisturbed ground. This agreement dates back to the discovery of cultural resources that could have posed an obstacle to our last major expansion in 2010. Before we begin grubbing and clearing areas for construction of new facilities, we invite the Tribes to send monitors to identify and preserve their cultural resources,” said Larry Kennedy, Environmental Manager, Round Mountain. “It’s not just the right thing to do – it’s the smart thing to do. Our cooperation with the Native Americans and respect for their culture also has longstanding benefits when it comes to permitting and working with the Bureau of Land Management, the Federal land manager.”

Although this groundbreaking was certainly cause for celebration, according to Dave Hendriks, the work has just begun: “As we embark on this next chapter for Round Mountain, we need to remain thankful for everyone who has worked to make this project possible. We are on track to start construction next year, and we must continue to work as a team in order to deliver on the promise of Phase W and beyond.” 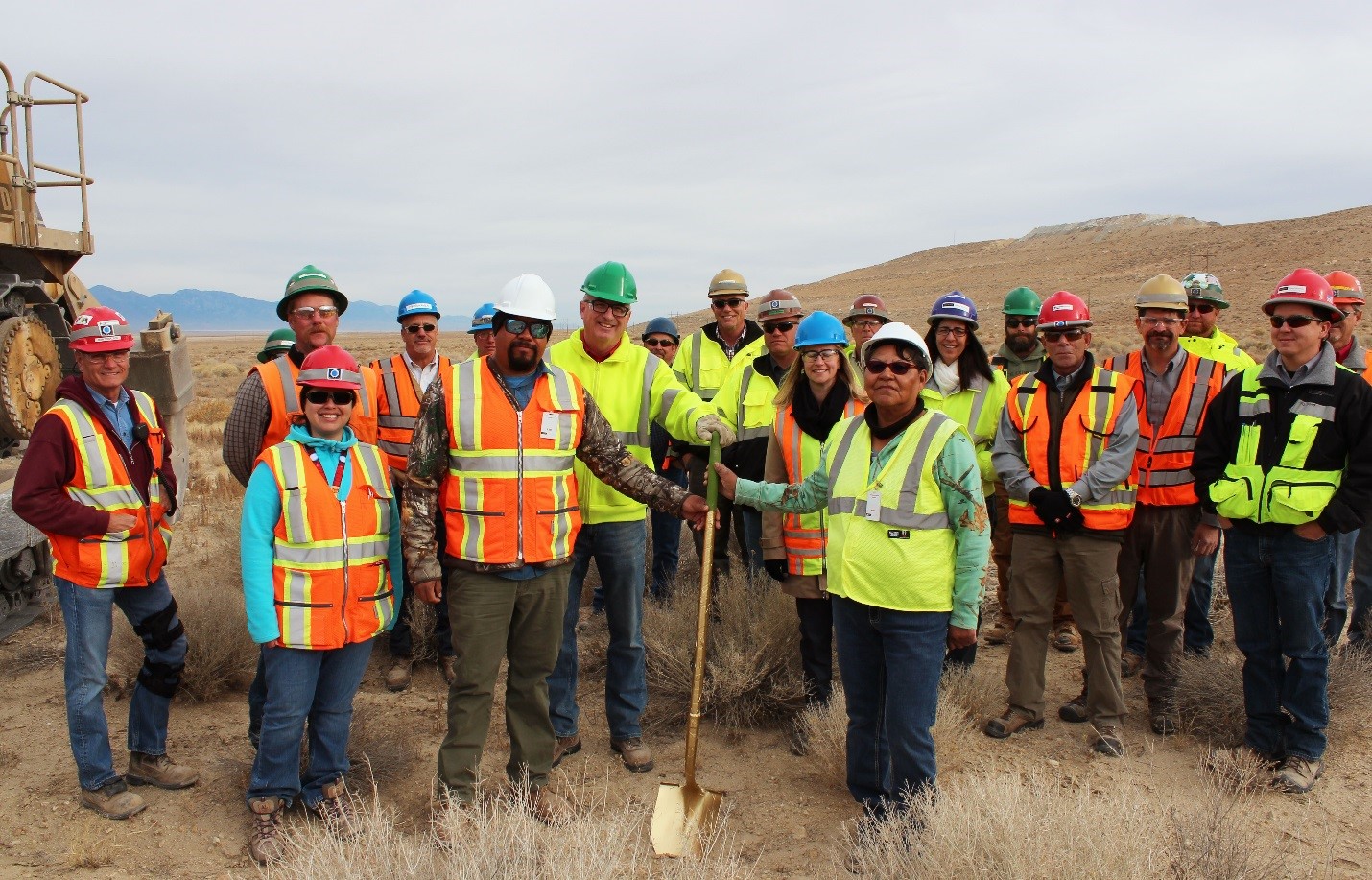 Dave Henderiks, General Manager, Round Mountain (middle-left with the green hard hat), ready to break ground with the monitors from the Yomba and Duckwater Shoshone Tribes and members of the Round Mountain team 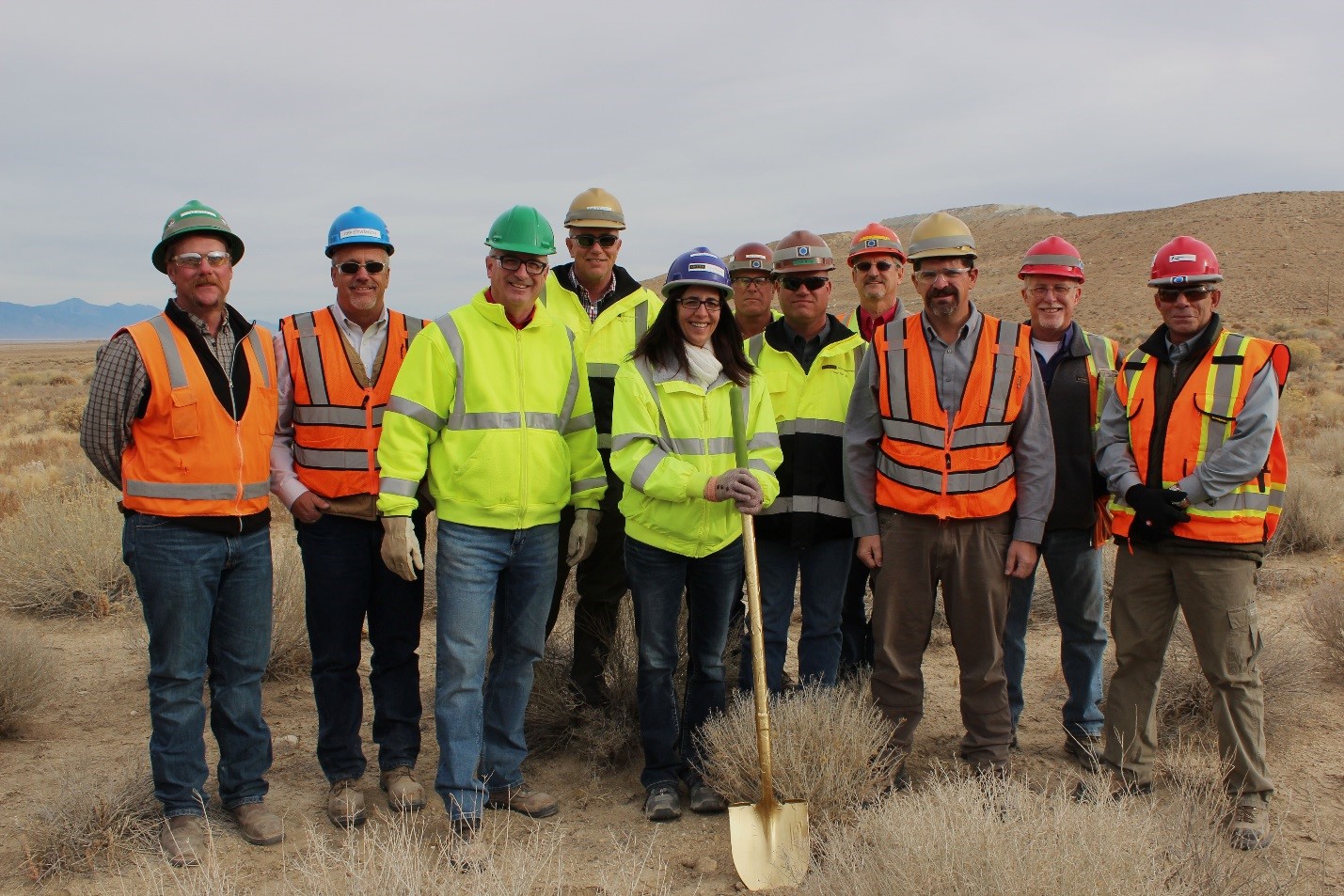 The Round Mountain Management Team ready to break ground

Kinross Brasil donates over US$200,000 to Paracatu’s fight against COVID-19