Tasiast is already seeing the benefits of a newly installed elution system. With the new system, which is part of the process of extracting gold through heat, the site has reduced the elution time from 14 hours to eight, allowing production targets to be safely and efficiently achieved.

The upgraded system more than doubled the thermal capacity of the heater from 960 kilowatts to 2,350 kilowatts.

The new boiler and heater exchanger system can now safely bring the solution to the required temperature even at a flow rate almost three times as high as before.

“This is a great achievement and credit goes out to all who were involved with the project, especially given the tight timeline to keep everything up and operating while we worked quickly,” said Wayne Gaiter, Processing Manager, Tasiast.

It took over 5,100 man-hours to construct the new system, with commissioning successfully completed over a 72 hour period. 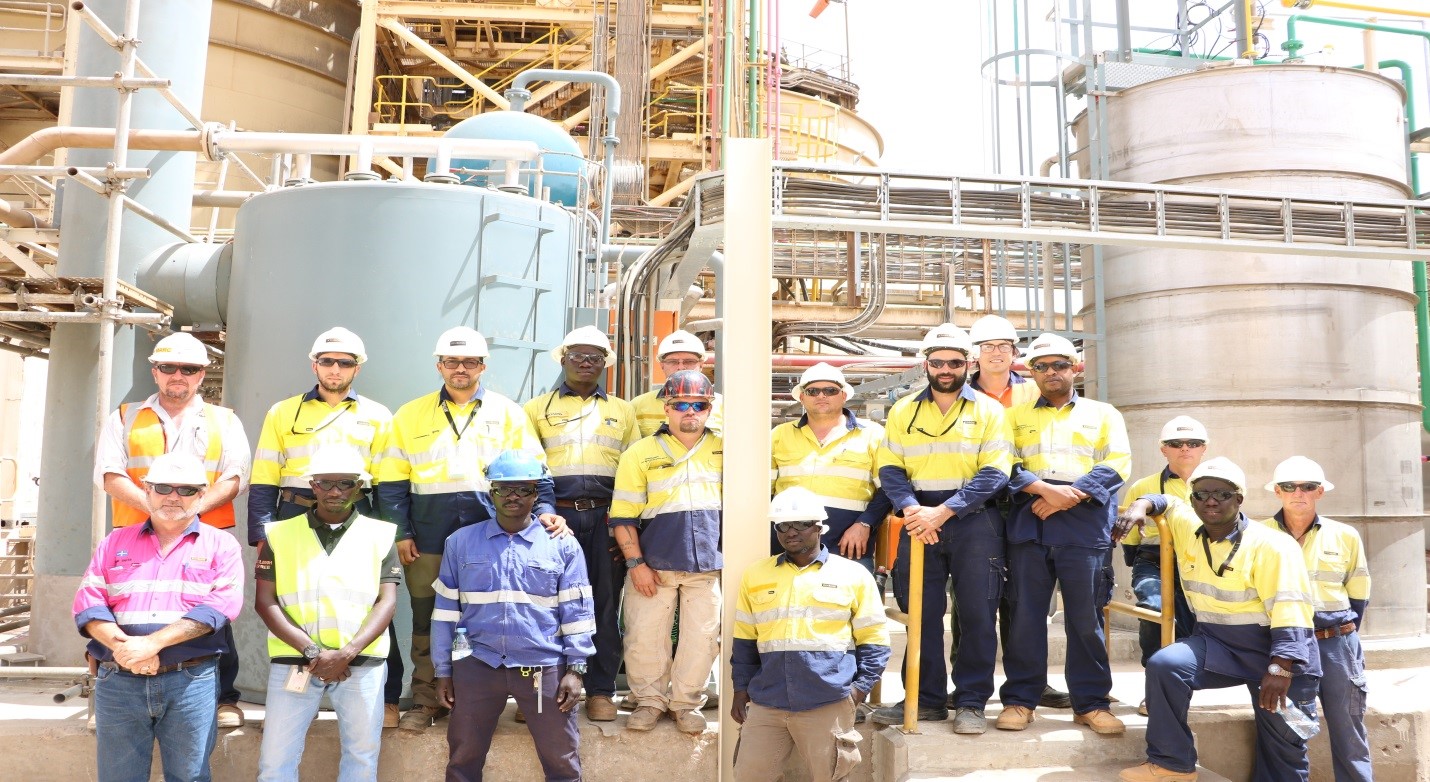 Wayne Gaiter, Processing Manager, Tasiast, (first row in the pink shirt) with some of the team members who worked on the project